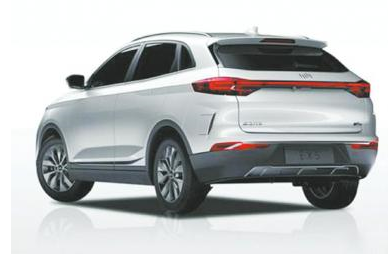 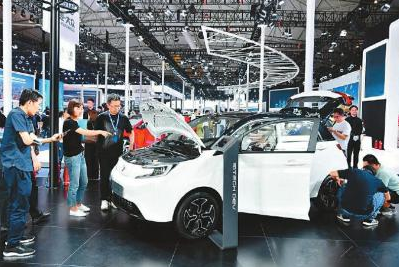 New energy vehicles have received much attention at this year's auto show. (new map for the car)

During the Beijing International Auto Show held in April this year, the collective debut of "new car power" has become a bright spot, as if the new energy car is the world of new car manufacturers. This kind of scene did not appear at the 2018 Chengdu International Auto Show. Although some â€œnew forces in the carâ€ participated in the auto show and held a product launch conference, from the performance of the new energy car in this auto show, the protagonist is undoubtedly a traditional car company. . â–¡ reporter Zhao Zhangdong

These car companies have been in the automotive industry for decades, and they have the experience that "the new forces of the car" do not have. Moreover, these traditional car companies have greatly improved the mileage of new energy vehicles, demonstrating their tremendous progress in energy storage technology.

The reporter learned at the auto show that on August 30th, the rotor of the Roewe light wing MARVEL X announced the pre-sale price. The mileage of this pure electric SUV reached 500 kilometers; the first pure electric SUV of Guangzhou Automobile Toyota ix4 lasted 260 kilometers; the Great Wall The Group's Euler brand debuted at the Chengdu International Auto Show, bringing the first new energy vehicle iQ, with a comprehensive operating range of 360 kilometers and sufficient household transportation. The new BYD Song is listed in the hybrid and pure electric models. Not only the modeling level has improved, but also the pure battery life has reached 500 kilometers; Beiqi New Energy equipped with the Darwin system new car EX5, said to last for about 400 kilometers.

The new technology and new model of "making new forces" is also favored.

The reporter learned that despite the fierce attack of traditional car companies, the "new car-making forces" did not show weakness at this year's auto show. Xinte Auto, Weimar, Future and Zero-Run cars all set up their own booths. It is favored by many consumers.

On August 30th, the new production car DEV1 of Xinte Automobile was officially launched, which made the industry marvel at the speed of this enterprise. It was officially listed from the establishment to the first model, only 8 months. The new DEV1 is also equipped with a black technology configuration such as face recognition, and the official comprehensive operating conditions reach 305 kilometers, which is quite attractive.

On August 31, Weimar Automobile took the position of the popular electric vehicle popularizer and brought the Weimar EX5 to the auto show for the first time. At the same time, the new retail system created by Weimar Automobile using the logic of â€œpeople, goods and fieldsâ€ has also been further extended. From August 31 to September 2, the third station of the Lightning Arctic Ice House landed on the Hongxing Road Pedestrian Street in Jinjiang District, Chengdu. Together with the Weimar booth at the Chengdu International Auto Show, the company has brought a unique journey of technology and environmental protection.

The K50, which was exhibited by the prospective car, was listed in early August, but it chose to settle in the Taikooli business district in downtown Chengdu, the second exhibition center in the country. It also gave the brand enough exposure. .

Why do new and old car companies regard the Chengdu International Auto Show as an important display window? Because the promotion of Sichuan new energy vehicles is unprecedented, a pool of spring water has been stirred.

In Chengdu, the capital of the province, it is easier to find a charging pile: shopping center parking lot, large public parking lot, some gas stations; through the star charging, special calls and other mobile client, the owner can find the nearest charging pile... ... As of June 2018, Chengdu has promoted 46,620 new energy vehicles, and built 349 charging (changing) power stations and 10,962 charging piles. The popularity of charging piles has solved the pain points that users are most worried about, and the new energy vehicle market is expected to flourish.

At present, most of the country's mainstream new energy vehicle manufacturers have set up sales and service agencies in our province. Therefore, at this year's Chengdu International Auto Show, it is not surprising that new energy vehicles compete for beauty. In the future, under the dual effects of policy-driven and changing concepts, more and more new energy vehicles are expected to travel in the mountains and waters of Bashan.