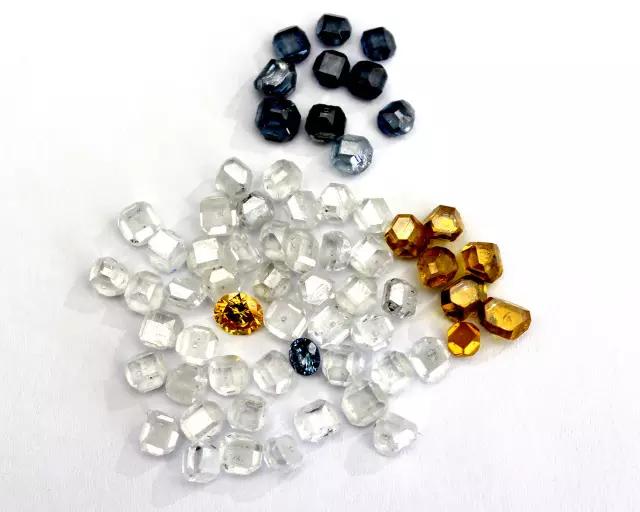 I once asked a friend who is engaged in jewelry micro-business to marry her: "You have paid a lot of expensive jewelry, you must pay attention to your wedding ring. Would you like to buy a few carats of diamond ring?" She sincerely looked at it. I said, "I don't need a diamond ring, take a plastic ring, I will marry. Really love."
The relationship between marriage ceremony and jewellery is one thousand Hamlet in the eyes of a thousand people. Now diamonds have become a universally recognized indispensable marriage token, but if the diamonds in the market have natural and synthetic points, consumers will How to choose?
Synthetic diamond retailers are more willing to call synthetic diamonds â€œnurturing diamondsâ€. China's national standard: synthetic diamonds are the only name for gem-quality diamonds made by artificial methods, and ordinary consumers are still accustomed to using "true and false" to talk about jewelry, which may cause confusion for consumers.
In fact, both natural and synthetic diamonds are carbon elements with the same structure and properties. The fundamental difference between the two is that they grow in the deep part of the earth, and one is born in the laboratory by human hands.
Why re-interpret the facts we already know? Because if the accurate concept can be clearly understood from beginning to end, then it is not difficult for us to launch a series of rational thinking and actions.

2, the application prospects of super 70% enterprises singing sapphire on smart phones ( read the original )
Not only that, but there are also foreign manufacturers in the development of synthetic diamond materials for electronic product panels to replace the sapphire panels cut from sapphire crystal rods; at the same time, the smart phone industry continues to dig deep into the decorative function of reinforced glass panels, 3D curved full screen glass design.
If synthetic diamond material will pour sapphire in the high-end market for mobile phone panel applications, then the 3D curved full-screen glass design, the smartphone no longer needs the HOME button and the camera cover, the application scene of sapphire on the mobile phone panel will Will eventually disappear. 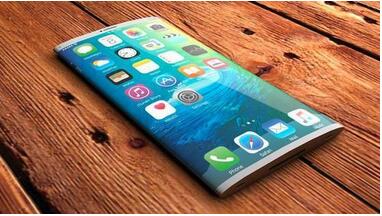 Mobile phone news online also found that at least 70% of sapphire production companies have not been optimistic about the application of sapphire on smartphones. The sapphire equipment and technology developed for smart phone panel applications are basically Become a chicken rib product.

3, a diamond mall to cultivate diamonds Shenzhen experience store grand opening on February 21 ( read the original )
In order to let consumers understand the laboratory to cultivate diamonds more directly, a diamond shopping mall VINKKI laboratory cultivation diamond Shenzhen experience store is about to open. As one of the most important inventions of this century, cultivating diamonds will also enter Shenzhen, allowing consumers who love labs to cultivate diamonds to enjoy a one-stop shopping experience.
Both the Diamond Mall and the Offline Experience Center have professional high-end jewelry sales consultants to provide you with one-on-one service, professionally answer your questions about cultivating diamonds and assist you in on-site selection, so that customers can carefully compare and choose, and finally buy the most satisfactory Cultivating diamond jewelry.

4, Ezhou City Federation of Industry and Commerce visited a number of private super-hard materials companies ( read the original )
Recently, Hubei Ezhou City Federation of Industry and Commerce organized a special class, under the leadership of the Deputy Minister of the United Front Work Department of the Ezhou Municipal Committee and the Secretary of the Party Committee of the Municipal Federation of Industry and Commerce, led by Yuan Yuanhua, visited the relevant private enterprises, changed the "sitting in the hospital" as "going out to practice medicine", and understand the development of enterprises. The situation and problems encountered, discuss ways and means of solution. Liu Qing, deputy director of Echeng District People's Congress and chairman of the District Federation of Industry and Commerce, participated in the survey.
Qi Yuanhua and his entourage visited Hubei Exin Diamond Technology Co., Ltd. and Hubei Changli Superhard Materials Co., Ltd., and many other super-hard materials industry enterprises. Everywhere, Qi Yuanhua gave the entrepreneurs a cordial greeting to the entrepreneurs and went deep into production. Workshop, understand post-holiday production and operation, and listen to the company's advanced experience and problems encountered in production development.

5. Analysis of China's machine tool market and industry operation in 2016 ( read the original )
2016 is the first year of entering the "Thirteenth Five-Year Plan". In order to adapt to the "new normal" of China's economy and cope with the problems and difficulties in economic development, the Chinese government adopts the development idea of â€‹â€‹supply-side structural reform as the main line, and At present, China's economic characteristics and actualities, put forward the "three to one, one reduction and one supplement" supply-side structural reform key tasks. In the coming period, "reform is the main line, stability is the bottom line" or it will become the main theme of China's economic operation. In 2016, under the combined effect of China's stable economic growth policy, especially the sound monetary policy and proactive fiscal policy, the operations in the real estate, automobile, service industry and new technology-based industries have experienced explosive growth, driving economic operations. Gradually stabilized. Affected by this, China's machine tool market and industry also showed a steady decline for the first time in six years (since 2011). In the following, according to the information and data of the national statistical bureau, customs and association industry statistics key contact network, comprehensive analysis of the current operating state and trend of China's machine tool market and industry.

7, the elderly coronary artery severe calcification diamond spin through the vascular barrier ( read the original )
Director Sun Zhonghua explained that severe coronary calcification is a layer of hard material on the wall of the arterial wall, which is equivalent to heavy barriers. Ordinary interventional surgery can not expand the blood vessels. Only the rotating head with high speed is used to cut the plaque and open the barrier. In order to ensure the smooth follow-up. Rotary grinding is an olive-shaped rotary grinding head with diamond particles. According to the theory of "differential cutting", the calcified or fibrotic arteriosclerotic plaque is selectively removed, and the elastic vascular tissue is rotated at a high speed. When the head passes, it will automatically bounce off, that is, the atherectomy head does not cut the elastic tissue and the normal coronary artery, and will not damage the normal blood vessels. After atherectomy, the plaque will be polished to a smaller size than the red blood cells. The debris is swept away by the bloodstream to the distal end of the blood vessel and is engulfed and metabolized by human macrophages. Coronary atherectomy is an important method for the treatment of severe calcification of coronary arteries. Proper use can effectively ablate coronary calcification and create good surgical conditions for the final placement of coronary stents.

8. Two national standards drafted by Zhongnan Diamond Company were wholesaled ( read the original )
The two national standards drafted by Zhongnan Diamond Co., Ltd., which are based on the â€œMethods for Measuring Impact Toughness of Superabrasivesâ€ and â€œSize Measurement of Superhard Abrasivesâ€, were officially released at the end of 2016 and will be officially implemented on May 1, 2017.
The "Determination of Superhard Abrasive Impact Toughness" and the "Superhard Abrasive Particle Size Inspection" national standard are the main basis and basic standards for product performance inspection and quality grading in the superhard materials industry. These two standards are drafted by Zhongnan Diamond Company. The first drafters were Zhang Fengling, a standardization expert at the China South Diamond Company.
The official release of these two standards not only enhances the overall image and brand awareness of the company, but also establishes the company's leading position in the super-hard materials industry. It also reflects the authority and leadership of Zhongnan Diamond Company in the industry. The long-term development has played a positive role in promoting.