The results showed that the resistance of some pests to the commonly used control agents in the field increased significantly. Which medicines do not work for pests and diseases? How to use drugs to delay drug resistance? Let's take a look at the scientific drug countermeasures given by Zhang Shuai, a senior agronomist at the National Agricultural Technology Center.

The use of carbendazim in Jiangsu and other places is less effective. The results of resistance monitoring showed that the resistance of Phytophthora to carbendazim mainly occurred in Jiangsu Province and its surrounding provinces, and the degree of drug resistance reached the dangerous level detectable by conventional methods. The effect of fungicide against scab is very poor.

It is recommended to use different action mechanism agents such as cylamellide and tebuconazole in the carbendazim-resistant areas to delay the development of resistance.

Need to rotate medication to delay the development of resistance. At present, the population of the long-spotted scorpion in the monitoring area is sensitive to the common drugs such as imidacloprid, acetamiprid, fluramide, organophosphorus omethoate, carbamate anti-carboside, pyrethroid-based beta-cypermethrin. status. The sensitivity of the Phytophthora sinensis to the medicinal agents in the different locations was larger than that of the wheat genus, and the populations of Dongtai and Henan Zhumadian were detected to have low to moderate levels of resistance to imidacloprid; the population of Henan Zhumadian was monitored to be highly efficient. Cypermethrin produces moderate levels of resistance; it is sensitive to agents such as fluazimidamine, acetamiprid, carbaryl, and omethoate.

It is suggested to use different mechanisms of action such as neonicotinoids and anti-procarb in the resistant areas of wheat bran to delay the development of resistance to wheat bran.

Pyrethroids should be banned in the North China cotton region. It was observed that the populations of Wangjiang, Jingzhou and Zaoyang in Anhui Province were low-level resistant to pyrethroids, and other populations were at moderate to high level, especially in Qiu County of Hebei Province and Anyang of Henan Province. Shandong Binzhou and Xiajin populations produced high levels of resistance to cyhalothrin (resistance multiples 129 to 166 times).

In areas where high resistance of pyrethroids to pyrethroids, especially in North China, it is forbidden to use pyrethroids to control cotton bollworms to delay their resistance; in the cotton areas of North China and the Yangtze River To limit the use of organophosphorus and macrolides (no more than 2 times in the cotton growing season), other agents with different mechanisms of action such as spinosad, chlorantraniliprole, etc. can be alternately rotated.

The resistance of cotton aphid to medicinal development is relatively fast, and it has almost resistance to all the agents currently used, especially for pyrethroids, carbamates, and neonicotinoids. And there is still an increasing trend.

Aphis gossypii has become one of the most resistant and difficult to control pests. It is recommended to suspend the use of deltamethrin, butyl thiocarbazone, imidacloprid and other agents in agricultural production, and choose other drugs with different mechanisms of action for prevention and control. Comprehensive management measures to achieve better control results.

Bushing Cover For Surge Arrestor comes out because of The exposed and live parts of the electricity must be insulated to ensure the safe operation of maintenance personnel, and at the same time to prevent animals from climbing to the live parts and causing short circuits and malfunctions.

The existing lightning arrester Insulation Protection Cover is directly wrapped on the metal head of the arrester, and the two bent sides are locked by the buckle so that the protection cover is tightly hugged on the metal head of the arrester. However, because the existing lightning arrester is not transparent, it should When the instantaneous discharge produces black smoke, the maintenance personnel cannot detect it. You need to remove the protective cover and check whether there is black smoke attached to the inner wall of the protective cover to judge. However, because the buckle is locked and then removed, the buckle cannot be locked again. The protective cover is hug tightly on the metal head of the arrester, the installation is no longer firm, and it is easy to slip off, which is easy to form a safety hazard. 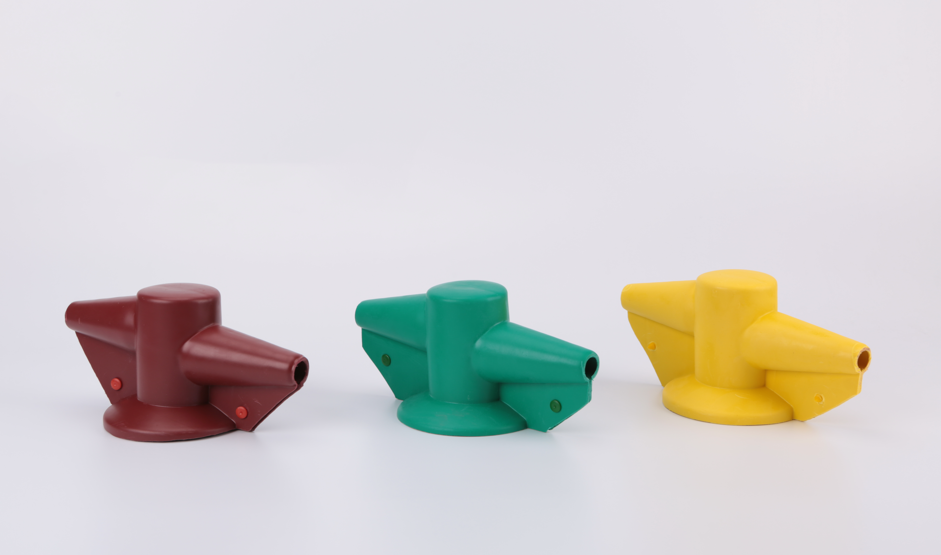