As regards the application of solar cells in buildings, it has been a history of several decades. The most attention is paid to thin-film solar cells. However, some scientists are looking for alternative ways to find answers directly from the window body. 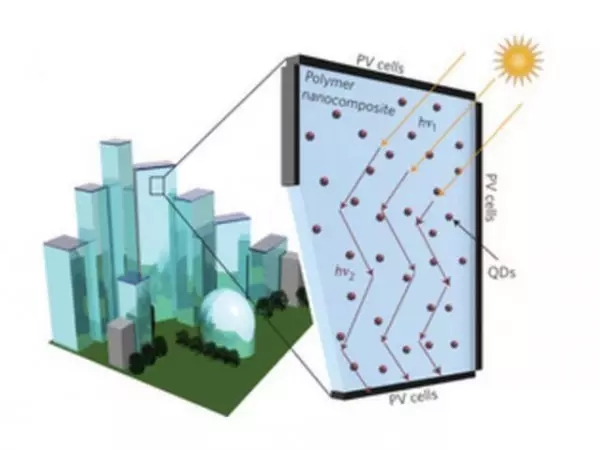 According to the scientific media Phys, a team of scientists at the University of Minnesota invented a photovoltaic window based on a luminescent solar concentrator (LSC). It fully exploited the optical properties of silicon nanoparticles by implanting silicon nanoparticles on the glass. Solar power can be realized.

Windows that absorb solar energy, also called photovoltaic windows, are the frontier areas of renewable energy technologies. Photovoltaic windows can fully tap the potential of the building, while not damaging the beauty of architecture, but also meet people's energy needs.

The complete process is also not difficult to understand. Scientists used silicon plasma reactors to produce silicon nanoparticles that transform nanocrystals into nanometer-sized powders, each consisting of about 2,000 silicon atoms. The scientists integrated the powdered material into a thin film to make it look like a very flexible plastic sheet; or to apply the powdered material directly to the surface of the object.

Uwe Kortshagen, a professor of mechanical engineering at the University of Minnesota, who led the research, told the media: â€œWe have reduced the silicon crystal to the nanometer level. At this point, the properties of the silicon crystal have changed and it has become an effective light emitter. At the same time, it cannot absorb its own cold glow. This feature makes silicon nanoparticles an ideal material for LSC."

At present, the team of scientists stated that this type of photovoltaic window can achieve a photoelectric conversion efficiency of more than 5% at a lower cost. As for whether it can be successfully commercialized, it still needs to look at the follow-up R&D progress.

The study has been published in the recent top scientific journal Nature magazine Optoelectronics.